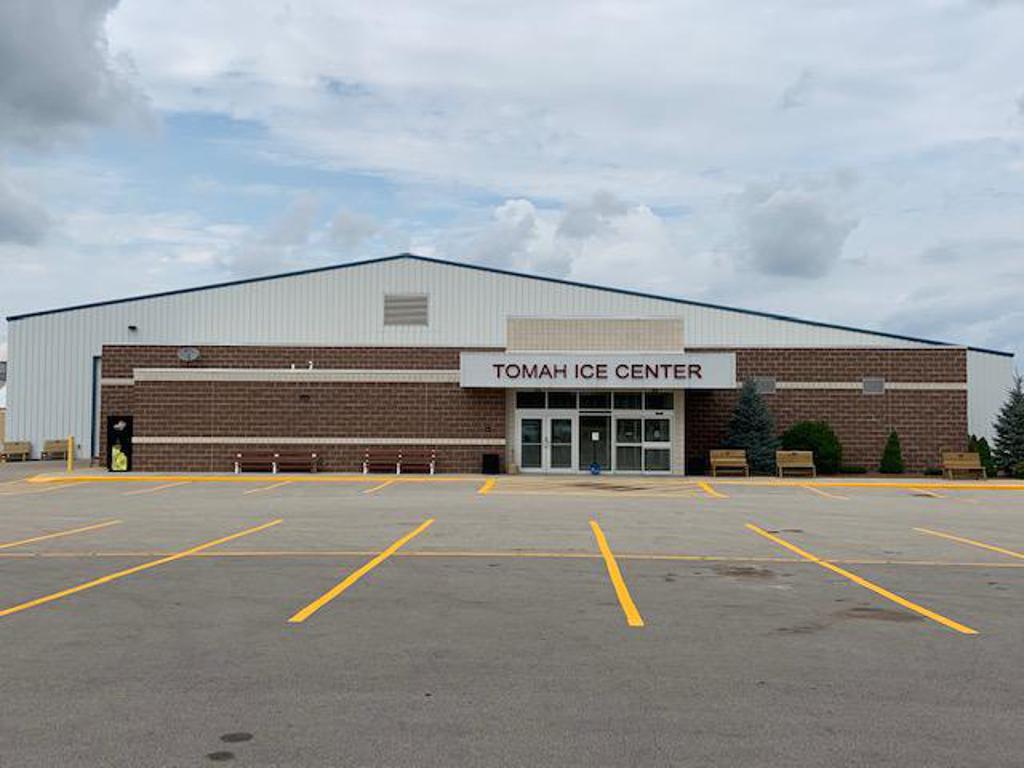 After decades of playing in "the barn," Mose Lamb Hockey Rink, Tomah Youth Hockey moved into it's new facility, The Tomah Ice Center.

The arena has two large sets of bleachers which have natural gas heaters radiating down on them during events.  The general temperature of the building during the winter is 40-50 degrees Fahrenheit.

In 2020 a 10'x10' heated and raised score booth was added by donations from All American Lumber and Steel of Tomah, Walker Construction, Laridaen Glass, and Cardinal Glass.  Also, a 12'x8' LED screen score/video board was added after donations from American Family Insurance, Jason Lassen Agency.  There are two other scoreboards located on the north and south ends of the arena.

The Tomah Ice Center generally holds ice and is home to hockey September-June of every year.  During the few summer months the City of Tomah hosts the Budweiser Dairyland Super National Truck and Tractor Pull and the Monroe County Fair which use the arena.